Known for its incredible landscapes, historic architecture, castles, whiskey, and those adorable highland cows, Scotland has been a top destination among travelers. Scotland is located in the Northern portion of the United Kingdom. From Edinburgh, Scotland’s capital, London is about 3 hours away.

Nearby countries include Ireland, The Netherlands, Belgium, and France. This Scotland travel guide includes Scotland travel tips, itineraries, and more to help you plan the best trip to Scotland!

Disclaimer: This post contains affiliate links. I may earn a small commission at no cost to you. Disclosure.

Before digging into my detailed Scotland itineraries and travel guides, here is some useful information and travel tips to know when traveling in Scotland. This includes Scotland’s popular cities, favorite eats, safety, and more!

Language: English is widely spoken in Scotland, however, some Gaelic and Scots are still spoken throughout the country.

Credit Cards/ATM: Credit cards are widely accepted in Scotland. Some of the major banks are The Bank of Scotland, Lloyds TSB, Barclays, and Halifax. In cities, you can use your credit card (with the contactless tap) everywhere and seldom need cash.

Currency: The currency is British pounds.

Getting Around Scotland: Scotland has a multitude of public transport options including coaches, trains, trams, and buses. You can also easily drive around Scotland as the roads are safe and well-connected to popular places in Scotland. Using Google Maps is the best way to navigate.

One thing to keep in mind is that Scotland drives on the left side of the road, which is opposite from the USA and other European countries. Many say the adjustment is easy. Find cars here.

Scotland Travel Safety: Scotland is a relatively safe country to travel to. In crowded areas and major cities, take normal precautions and keep an eye on the weather, especially if you are traveling in the highlands during the winter months.

Finding Accommodation in Scotland: Scotland has tons of hotels and B & B’s. You can find highly-rated accommodations throughout Scotland on Bookingdotcom, which is what I use for all my trips.

Power Outlets: In Scotland, the plug you will need is the three-pin plug (Type G). The voltage should be at 220Vz and 50HZ. This is the Travel Converter I use that works across the Globe.

Tipping is not mandatory in Scotland however you can choose to do so in certain restaurants.

Cell service: In Scotland, you should have access to 3G, 4G, and 4.5G. You will also have cell service in almost all places. Away from the cities, service may be more limited, however, the majority of cafés and restaurants will have Wi-Fi for you to use.

You can get an E-Sim with Holafly (what I did), or a sim card with Lycamobile (my mom got this one), or EE Limited. You can get them at a WHSmith.

Scotland experiences all 4 seasons however, the weather can change quickly day by day.

Spring is a perfect time to visit Scotland as you are less likely to encounter rainy weather, and this is where the beautiful nature of Scotland really begins to shine. The temperature begins at around 45°F (7°C) and increases to 55°F (13°C).

During fall (September to November), the temperatures begin to lower, and you can often experience cooler mornings and evenings and warmer middays, so, you may want to consider wearing an extra layer. The temperatures range from 46°F (8°C) to 57°F (14°C).

November to April is when Scotland will experience its winter, and you can potentially see snowfall during these months. It is recorded that Scotland experiences 15 – 20 days of snowfall per year. December, January, and February will be by far the coldest months, with the temperature not rising above 41°F (5°C).

Below, find detailed Scotland travel guides and itineraries to help plan your trip. 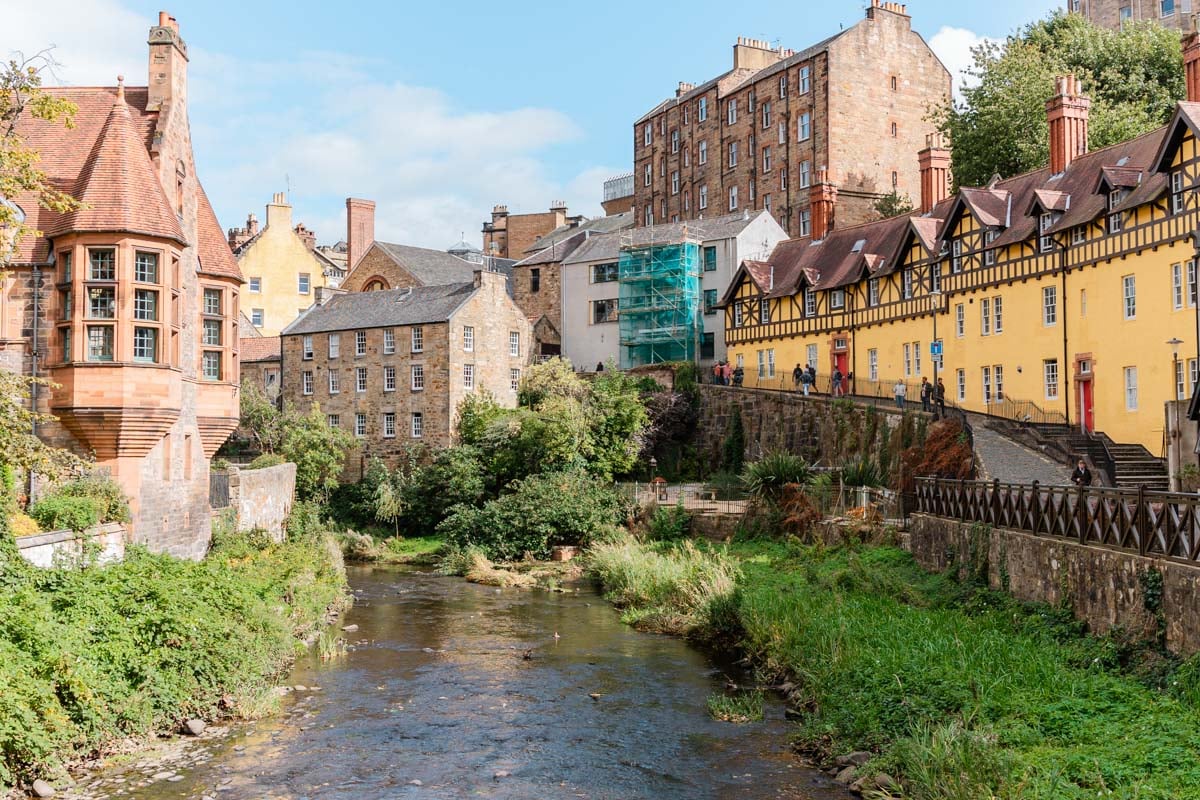 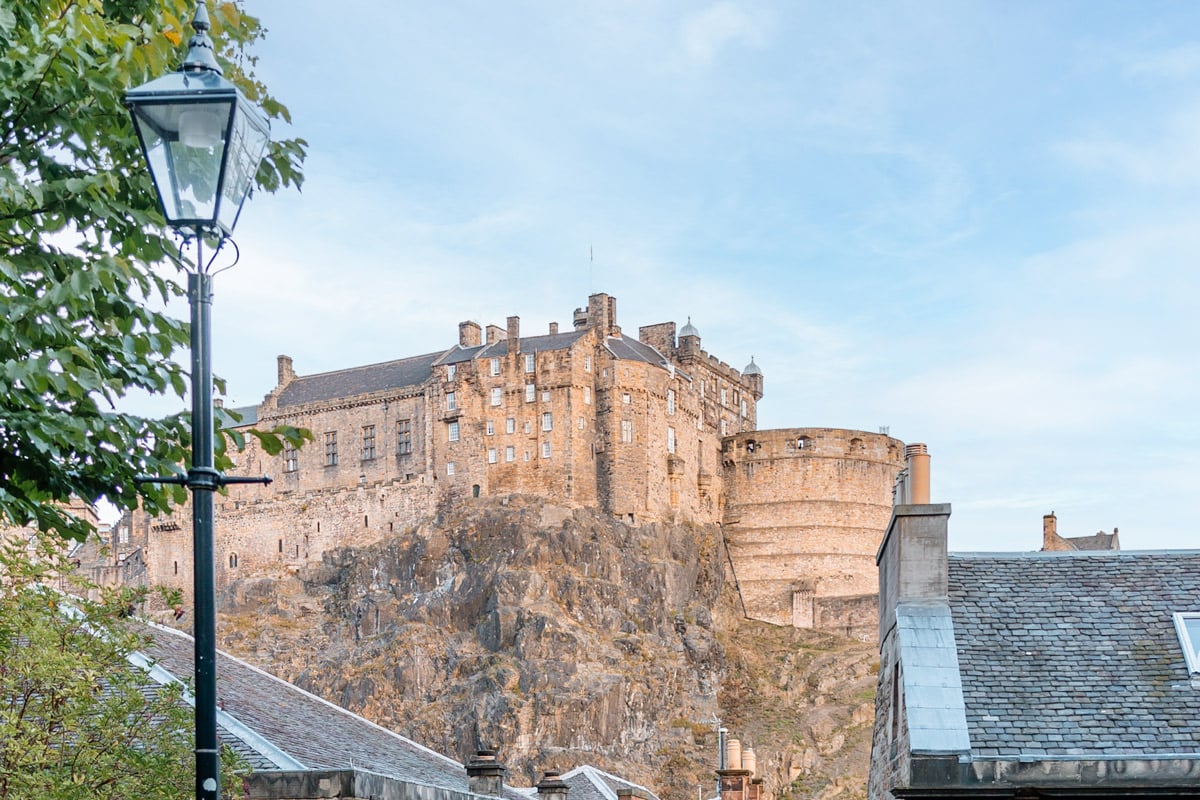 Popular Things to do in Scotland

Scotland is an incredible country to visit if enjoy rich history, road trips, and incredible landscapes. From popular cities such as Glasglow and Edinburgh to the Scottish Highlands, Scotland has so much to offer.

If you are a Harry Potter or Outlander fan, this gives you even more reason to visit Scotland with so many filming locations or places that inspired inspiration for the show and movies.

Other popular attractions in Scotland include Edinburgh Castle, Dean Village, Loch Ness, Isle of the Skye, The Storr, Glenfinnan Viaduct, The National Wallace Monument, and The Kelpies.

You can also find highly-rated tours for Scotland here.

The Best Time to Visit Scotland

Deciding on the best time to go to Scotland can be tough. The best time to visit depends on your budget, comfortableness with crowds, and how tolerant you are of the weather.

That said, the Spring (late April and May) and Fall (September – November) are the best times to visit Scotland if you want to avoid large crowds and have relatively nice weather. Autumn in Scotland is beautiful, and the heather in the Highlands will be blooming fields of purple.

Summer months in Scotland are the most popular time to visit. Prices tend to be higher, and everything needs to be booked far in advance. Several large events happen during August in Edinburgh (Fringe Festival, The Royal Tatoo, and the Highland Games peak time) that bring huge crowds.

Visiting Scotland during the winter is great for those looking to travel on a budget. This is also when you will see the fewest crowds. However, road-tripping in the winter is more difficult if you are planning on driving around the highlands. City hopping via train is a much better option during these months.

How Long Should You Spend in Scotland

Scotland is made up of over 800 islands, so as you can imagine, Scotland has a lot of ground to cover. How long you spend in Scotland completely depends on the trip you want to plan.

Generally speaking, 10 – 14 days is the most popular amount of time people spend in Scotland. These itineraries include renting a car and driving to several Scottish towns and cities. If you plan on spending your entire time in Scotland, renting a car is the best way to go.

If you are looking for a shorter city break, spending 2 days in Edinburgh, 1-2 days in Glasglow, and then taking a day trip to the highlands can be accomplished in 5 days. For this Scotland itinerary, a car is unnecessary since taking a train between the cities is very easy and efficient. Many travelers also worry about driving on the opposite side of the road, so a trip like this can be ideal.

Another popular way to visit Scotland is by splitting time between both Scotland and Ireland. With 10 days, you may consider 3 days in Edinburgh and 7 days in Ireland or vice versa with 3 days in Dublin and 7 days in Scotland. If you want to rely on public transportation and tours, I found Ireland has little more to do.