New York is known for many things. The city that never sleeps, fast-paced living, pizza, and our accents to name a few. Living in New York for over 12 years and having two parents born and raised in Brooklyn has taught me that our New York slang is also quite unique, to say the least. Here I’m covering some of the most common and even funny things that New Yorkers say, and what they actually mean! 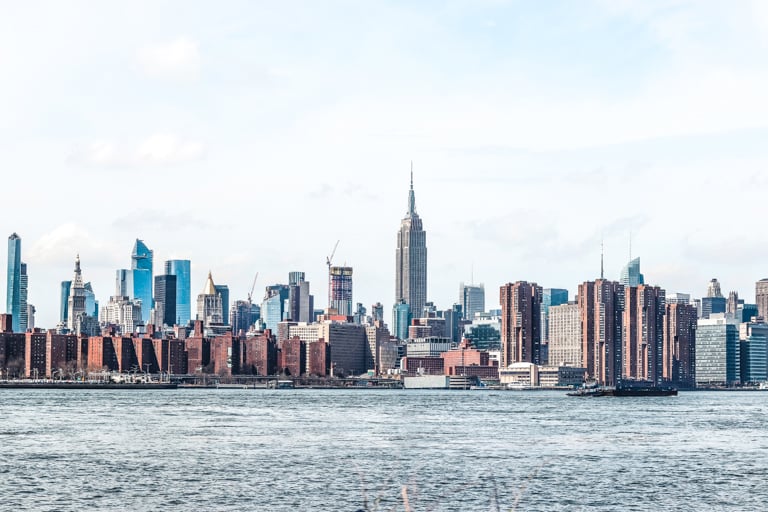 Pronounced “Oh-dee”. OD can be used in several different ways to describe something as over the top, whether it is good, bad, or just plain crazy! Is also seen as over-doing something. Some ways it might be used is:

This phrase is basically said when you’re annoyed about the way someone did something when they could have done it differently (a way that you would have preferred since you’re from NY and everything you do is better than other people’s methods lol… jk).

For example, Not for nothing, they could have at least showed up with a gift.

Out of all the things New Yorkers say, I hear this one the most with my family. This phrase is more of a Staten Island/ Brooklyn term IMO. 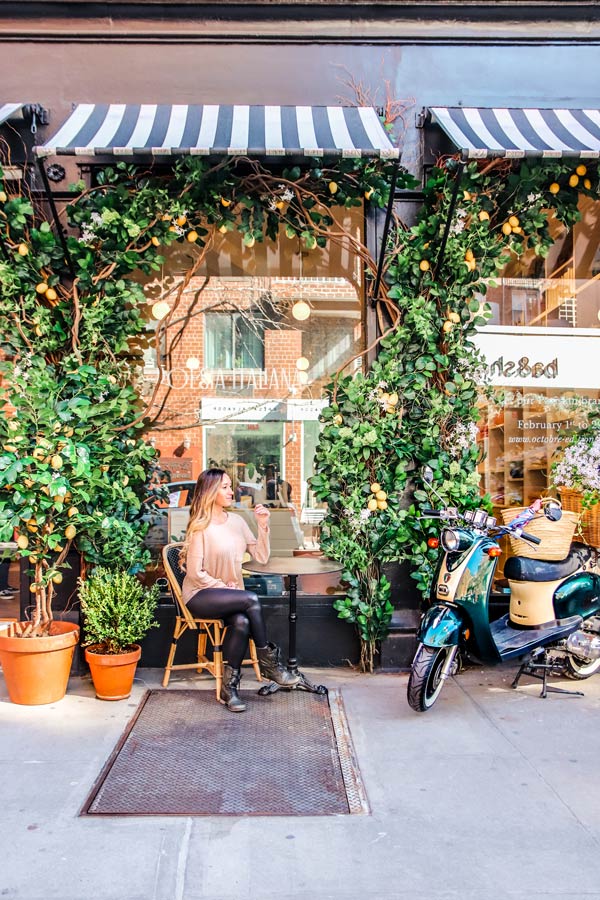 When you hear a New Yorker say “mad” in a sentence, it’s usually not because they are actually mad/angry. “Mad” in a sentence usually stands for very or a lot (of)……. Some examples of “mad” would be:

This is probably the most common things you will hear millennial New Yorkers say.

Tight generally means something is good (awesome/cool) or bad (angry). Some examples would be:

Tone, many times has everything to do with it lol.

5. I’m Just A Couple of Blocks Away

One of my favorite things New Yorkers say, including my whole family (queue in the sarcasm) since I am always on time. A “block” is a reference to New York City streets and avenues. If you traveled from 10th st to 20th street, that would be 10 blocks. Catch my drift?

When New Yorkers say they are just a couple of blocks away, it’s never a couple! This translates to, “I’ll be there in 5 minutes” when really it’s 30 minutes. 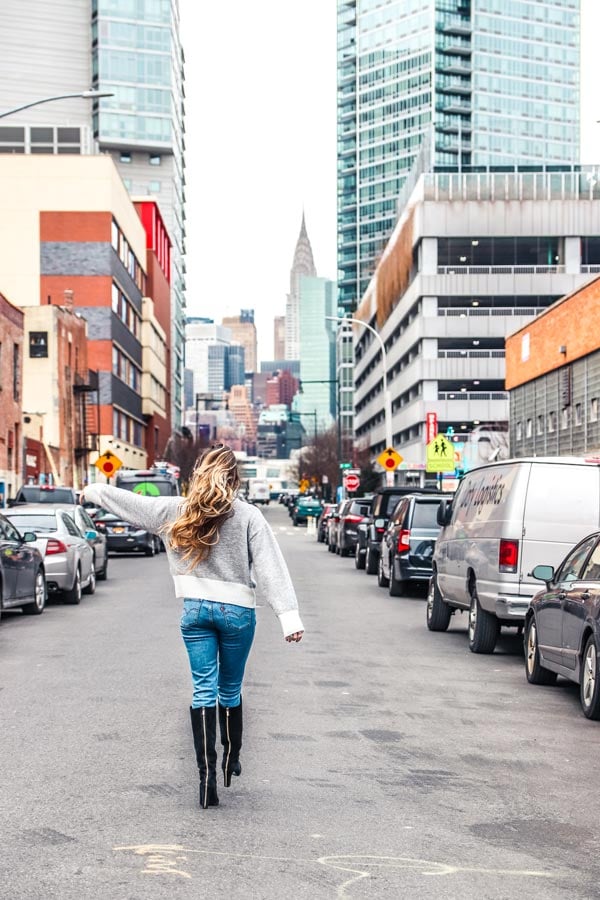 What’s good is a common greeting phrase usually asking “how are you?” but is also used as a quick introduction to the conversation.

Brick is usually used during the winter and means something is very cold. This New Yorker Slang word always confuses people.

This phrase is also more said among the younger generation.

New Yorkers use the word “lit” when something is cool or awesome. For example, this list is Lit! Ahh thank ya!

Hear someone say bet? In New York, it’s usually not because they are trying to make an actual bet with you. Instead, the word “bet” is usually used by itself and means ok, good, let’s do it or no doubt.

You would use bet as a reply to someone. An example would be:

From an outside view, this phrase makes me laugh. It means “no way or are you serious?!”

Buggin or Trippin is used to say, are you crazy? An example would be: You’re buggin’ if you think I’m sitting in a middle seat on a 15-hour flight!

Similar to bet, “word” is usually used in answering a question or statement. It used to say “really?”,”okay”, ” sounds good”, or agreeing.

An example would be: Did you know she quit her job to travel? Oh, word? Or, This pizza is really good, right? Word!

Again, all in the tone of voice lol!

Good Looks is a way of saying thank you or thanks for looking out for me. 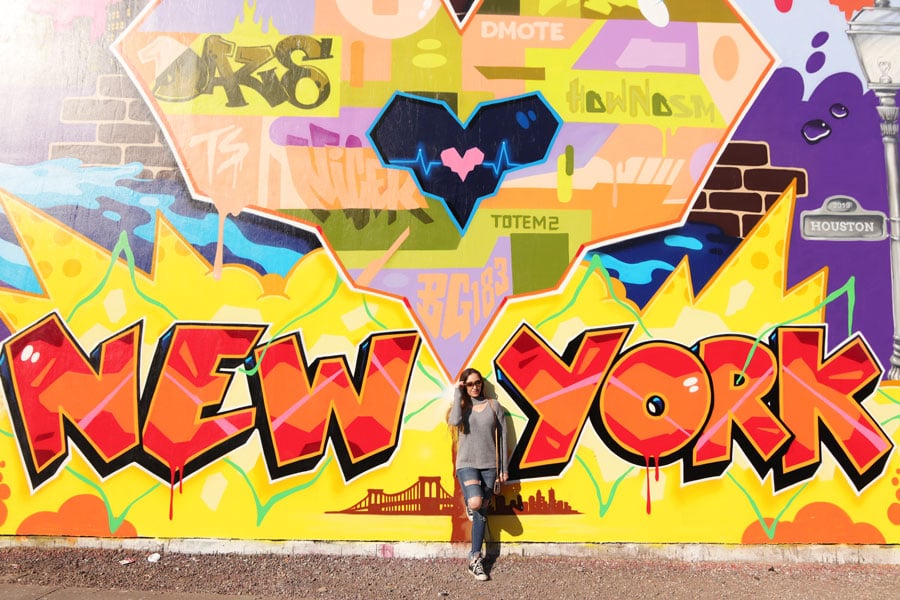 This phrase would be similar to saying, “that stinks”.

This would be a phrase that is used to talk about someone else or a group of people. You would hear someone say that’s so “grimey” if they believed someone did wrong by them in an immoral way.

This is the same as saying that suspicious but shorten down.  “That car over there looks sus.”

It wasn’t until after moving to North Carolina, that I realized just asking for a slice (meaning 1 cheese pizza slice) was not a thing. In New York, however, we are always trying to shorten the sentences down. I guess that’s where the fast pace comes in lol and probably one of my most used New Yorker Slang phrases.

The word “Boss” is usually used among men. Instead of saying thanks, man, you might hear New Yorkers say, thanks, Boss, or you got it, Boss! (even though the “boss” is usually not actually their employer).

The New York slang phrase “I give you props” means you are acknowledging or giving someone credit.

I give you mad props for writing this awesome New Yorker Slang article!

If you hear a New Yorker say let me cop that, it means, it refers to taking or buying an item.

Let me cop that shirt from you. I am coppin 3 pies.

This New Yorker slang phrase means to be out of control or crazy.

Yo bro, you’re wildin if you think I’m not going to that party. He was wildin last night at the club and got kicked out.

After making this list, I can’t help but laugh at myself and think how crazy some of this terminology sounds outside New York! I hope this list of things New Yorker’s say gave you a few laughs or made you realize, as a New Yorker some of the things we say are… let’s say colorful lol.

Traveling to New York soon? You might also be interested in NYC food to try,  New York Lavender Fields, NYC Instagram Spots, Free things to do in NYC, and more!

Did you enjoy the Things New Yorkers Say and What They Mean? Pin/share it! 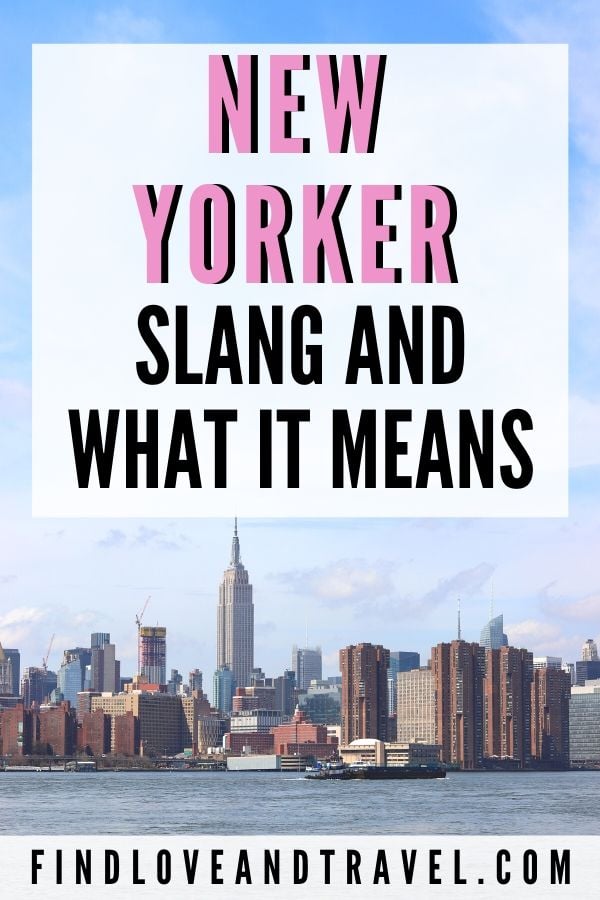